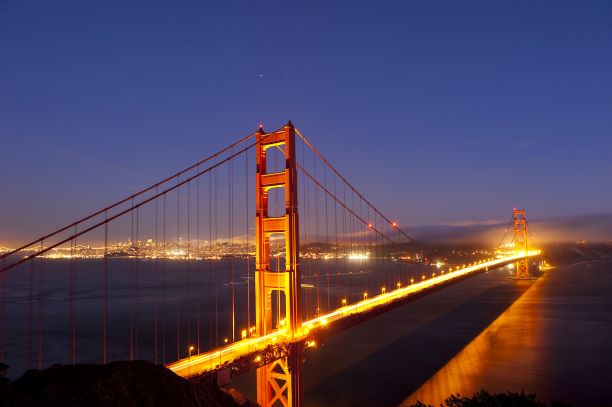 San Francisco is one of America’s most exciting cities. Located in Northern California, San Francisco blends the laid-back California lifestyle with global influences and modern innovations. The city is home to many iconic landmarks, including the Golden Gate Bridge and Alcatraz Island. The city’s history dates back to the California Gold Rush and has continued to grow in importance and significance.  To help make sure you don’t miss a thing, we’ve compiled the ten must-see sights in San Francisco.

Chinatown – San Francisco’s Chinatown is believed to be the oldest and largest of the Chinatowns outside of Asia. The Gold Rush brought many Chinese immigrants to the city in the 1840s. By the time the gold had run out, they had established a thriving community!

Alamo Square – You’ve seen this iconic square featured in almost every TV show or movie that has taken place in San Francisco. Alamo Square is a residential neighborhood and park that is best known for the famous Painted Ladies, which are a row of colorfully painted Victorian houses set against the backdrop of downtown.

Lombard Street – Hailed as the “crookedest street in the world,” Lombard Street is another one of San Francisco’s many iconic locations. Sitting at a 27% incline, Lombard Street features eight tight turns to help cars safely navigate down the road.

Golden Gate Park – For a fun afternoon outdoors, pack a picnic and head to Golden Gate Park. The park is roughly 20% larger than New York’s Central Park, which means there is plenty to do. The park is home to museums, lakes, carousels, windmills, bison, and even a Japanese tea garden.

Cable Cars – San Francisco’s cable cars are the only national landmark that moves. The world-famous cars date back to 1873 and were built sturdy enough to survive the earthquake of 1906 that destroyed most of the city. The cars run on three lines in the steep streets of downtown between Market Street and Fisherman’s Wharf.

Alcatraz – Jutting out of the San Francisco bay is the rocky Alcatraz Island. As early as the 1840s, “The Rock” served as a military prison before becoming a maximum-security prison. There were 36 failed attempts to escape Alcatraz in the history of the prison. Some of the country’s most famous gangsters called Alcatraz home, including George “Machine-Gun” Kelly,  Alvin Karpis, and Al Capone.

Are you feeling inspired to plan a trip to San Francisco? Call or email us today to book your trip!

Posted in Uncategorized
← THE TOP LUXURY TRAINS IN THE WORLDAdventuring in Costa Rica – Don’t be a Sloth! →